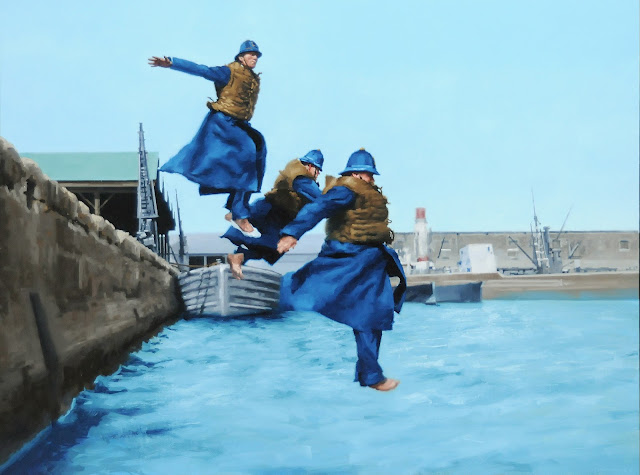 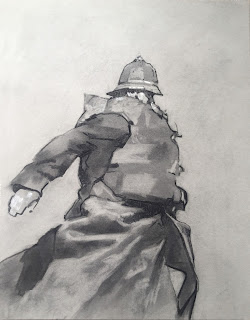 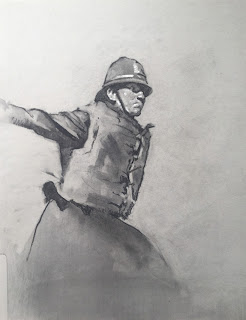 I started these sketches the night of Brexit. I was pretty shocked at what had happened and how a nation made a decision without knowing what it meant. The news of them googling "What is Brexit" after having voted for it, shocked me.

So I started thinking that we often make decisions without realizing the consequences. Some are small and meaningless while some are gigantic and horrific. I started thinking that three British bobbies jumping in the harbor was a funny symbol of reason being abandoned. The positive is that while a little cheeky, these men will dry off and learn from their mistakes and hopefully we as a society can do the same. It is dripping in irony of the super logical jumping fully clothed into the water. Almost as though Sherlock Holmes himself had lost his mind.
Posted by zp at 3:47 PM No comments: