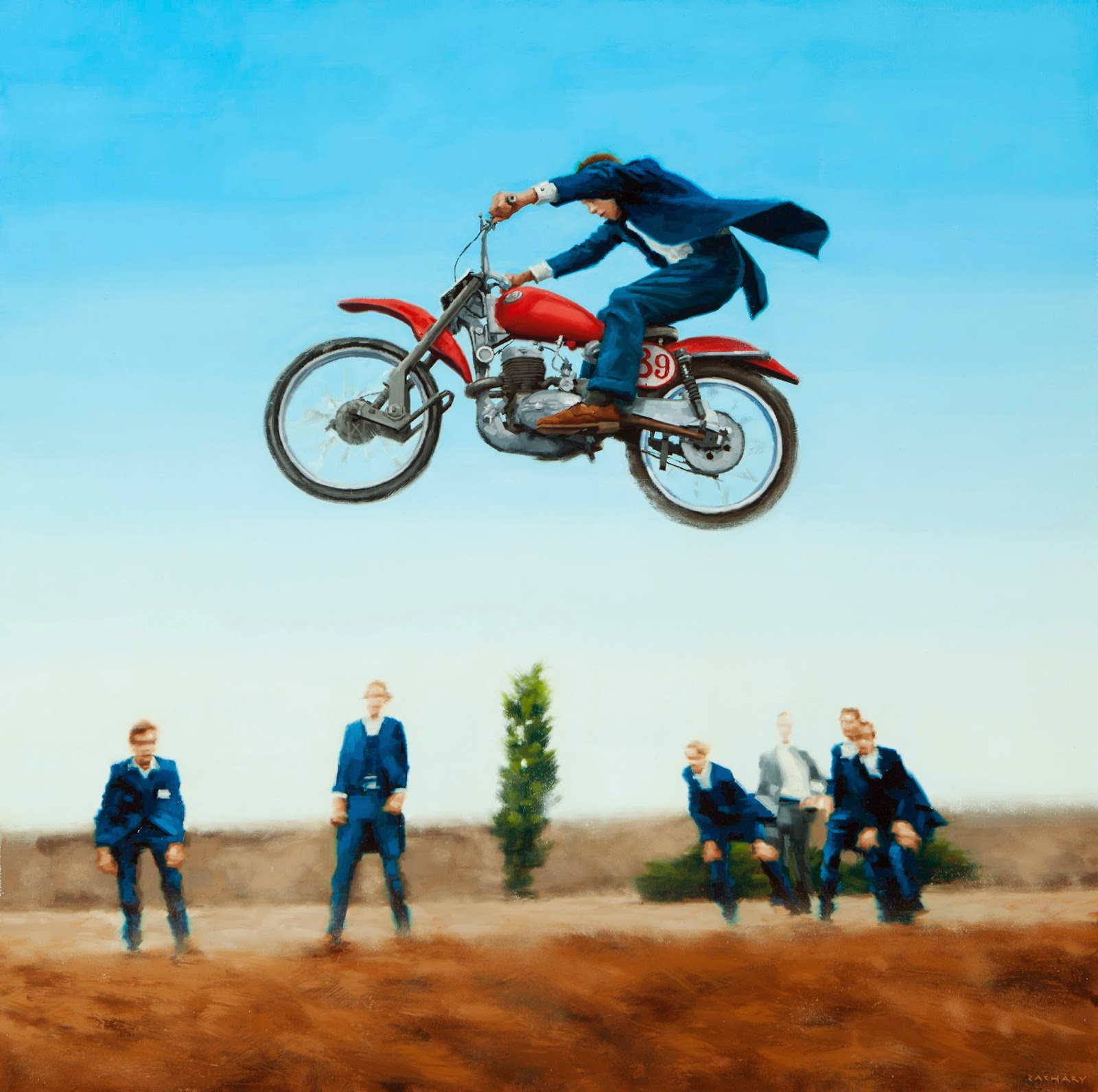 This painting references back to early adolescence. I was a small kid. As a ninth grader I was often confused with seventh graders, which never felt good. In a photography class I was getting teased for being so short, one kid named Phil Hansen said, "I bet you can't even jump and touch the fire sprinkler on the ceiling." Well I wasn't going to walk away from a dare, so I took two steps and to the surprise of the crowd I jumped and touched the sprinkler hanging down from the 9 1/2 foot ceiling. I had impressed my classmates, but unknowingly set off the fire alarm. I ended up in the Vice Principal's office and she gave me 10 hours detention, which was basically cleaning up trash for two hours after school for a week. Strangely, as I look back, I don't remember any of the punishment, but I will never forget the expression on Phil Hansen's face after proving him wrong.

Awesome memory! Love the painting that goes with it. I am the girl who was 6 ft at 14 yrs...that has its own struggles.